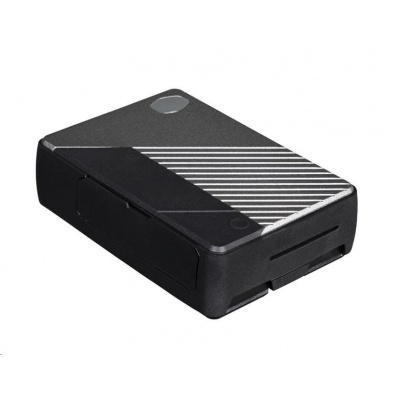 The Cooler Master Pi Case 40 provides a long lasting, premium enclosure for Raspberry Pi pro-users.
The case encloses the Raspberry Pi board in a sleek aluminum shell, further protected by a high grade TPU bumper.
Once assembled, the system runs cool and totally quiet, without the need of an additional fan, even at high clock speeds thanks to the aluminum shell.

All connections are re-routed on the sides, allowing for a better look and accessibility.
The Pi Case 40's accessibility and high material quality makes it one of most reliable travel cases for Raspberry Pi users.