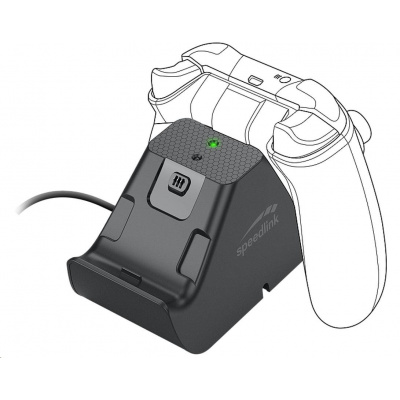 The JAZZ USB Charger will charge your wireless gamepads for Xbox Series X® and S quickly and reliably. The compact charging station is powered directly by the console or any other USB port (at least 500mA) – such as on your PC or notebook. The device can charge up to two controllers at the same time and will keep them securely in place. Both NiMH battery packs have a charge of 1100mAh each at 2.4V, ensuring long-lasting gaming fun.