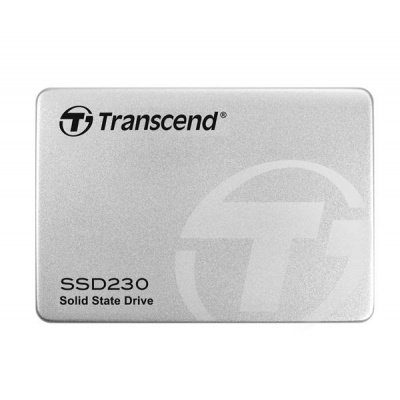 Transcend's SSD230 SATA III 6Gb/s SSD adopts the latest 3D NAND technology that features vertical expansion of storage cells by stacking one cell on top of the other. By using only high-quality flash chips and enhanced firmware algorithms, the SSD230 is guaranteed to deliver greater performance and reliability.

3D expansion to break through limits

Unlike the existing planar NAND chips, 3D NAND flash is a type of flash memory in which the memory cells are stacked vertically in multiple layers. 3D NAND is developed to break through density limitations of the 2D planar NAND, and thus can deliver a greater level of performance and endurance.

Transcend's SSD230 is equipped with a DDR3 DRAM cache that provides an incredible 4K random read and write performance of up to 300MB/s, making it the perfect choice as a boot disk for everyday computing tasks and programs. Taking full advantage of the SATA III 6Gb/s interface and built in with SLC caching technology, the SSD230 achieves exceptional transfer speeds of up to 560MB/s read and 300MB/s write.

In addition to blazing-fast transfer speeds, the SSD230 is engineered with a RAID engine and LDPC (Low-Density Parity Check) coding, a powerful ECC algorithm, in order to keep your data secure. Built-in wear-leveling technology ensures data integrity during transmission, prolonging the lifespan of the drive.

Save power, save time

With full support of SATA Device Sleep Mode (DevSleep), the SSD230 can prolong notebook battery life by intelligently shutting down the SATA interface when it is not in use. DevSleep features an ultra-low power state to conserve battery power. With a remarkable response time of less than 20 milliseconds, you can get back to work instantaneously.

To keep your Transcend SSD running fast and error-free, Transcend's advanced SSD Scope software application is available for download for use with the SSD230. Monitor your SSD's health status with S.M.A.R.T. technology, enable the TRIM command for optimum write speeds, keep your SSD's firmware up-to-date, and migrate data from your original drive to a new SSD with just a few clicks.

The SSD230 features an industry-standard 2.5" form factor. Yet, it measures just 6.8mm in height and weighs in at a mere 63g, making it supremely well-suited for ultra-thin computing devices such as Ultrabooks as well as mainstream PCs.